Get fresh music recommendations delivered to your inbox every Friday.

You Can't Keep The Sun Down 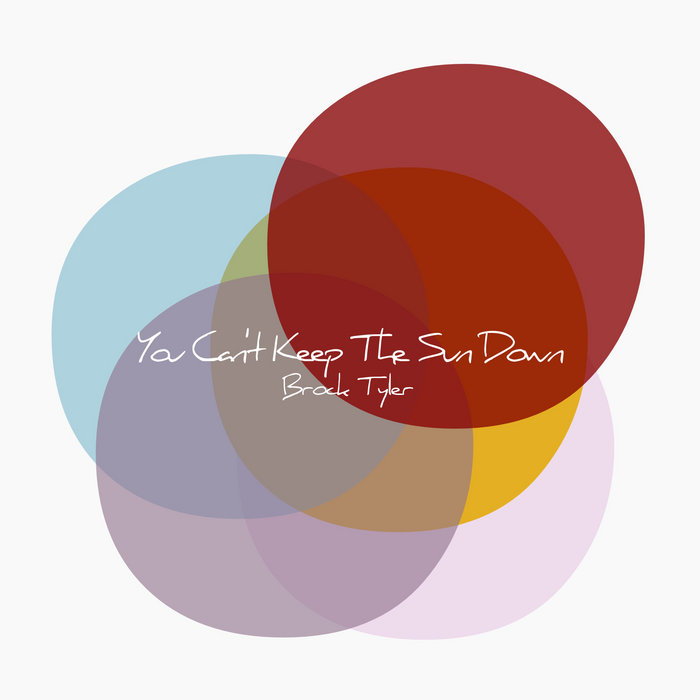 Available on CD at www.kinsellarecordings.com/store

These songs were recorded in a church just south of downtown in Edmonton, Alberta over a few nights in May 2011. I arrived each day in the late afternoon as staff was going home, set up the microphones, and worked into the early hours of the morning. I brought a small collection of instruments with me and used the piano and drum set that the church had. After around twenty-four hours of total recording time, this is the result.

When you record pretty much alone there usually isn’t too much to tell afterwards about the recording session. There are no meaningful interactions with other people. No jokes shared. No singing silly made-up lyrics in a kermit voice to make everyone in the control room laugh. No fistfights over artistic differences followed by hugs and reconciliation. No massage circles. Instead, you press the record button a lot, and then maybe you erase what you did and try it again. You repeat this several hundred times. Occasionally you might sigh or smile depending on the results you’re getting. You take a break to eat trail mix. You lie down on a pew for awhile and stare at the ceiling. You get up and you press the record button several hundred more times. It sounds kind of lonely, I guess, but in small doses it’s actually sort of cathartic.

However, late at night in a big building you never feel quite alone. Occasionally I would hear strange noises, like the sound of someone sneaking up behind me, or I would think I saw someone across the room out of the corner of my eye. The sounds would turn out to be the wooden ceiling of the church sanctuary snapping and popping from the humidity; the person would be a combination of a microphone twenty feet away and a plant fifty feet away, perfectly aligned. I guess my mind was trying to invent some kind of human interaction, and the room was helping it. Together they were conspiring to trick me.

Tricks aside, the room played a big role in the sound of this recording. All the reverb you hear is the church itself; nothing added later, just a few microphones standing around picking things up as I played. Because of this you can sometimes hear the wooden ceiling popping in the quiet parts of the songs, so now you know the kind of tricky sounds I’m talking about.

I should mention, there was actually one other human that played on this EP. My friend Tim dropped by on the last day of recording and ended up laying down some piano and shakers for “June”. Thanks, Tim.

That's all I have to say. I hope you enjoy these new songs.

Thanks to Paul Gericke and all the staff at Central Baptist Church for generously providing me a space in which to record these songs; to Tim Batke for playing; and to Aaron Parker, Nathan Carroll, and Joel Tolhurst for lending me things that helped make this record possible.

Special thanks to Karmyn for supporting me as I worked on these songs and for pushing me to finish them.

Bandcamp Daily  your guide to the world of Bandcamp

Little Brother joins the show to discuss their beautiful journey, plus tunes from Fat Tony